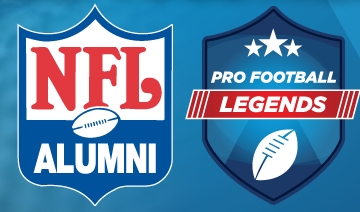 The NFL Alumni Georgia Chapter is an IRS approved 501 c (3) public charity organization consisting of former professional athletes united in the purpose of positively impacting our local community while delivering informative public service by raising funds for worthy causes that are youth-oriented or aimed towards alumni assistance.

Maurice Tyler – The Next Chapter

Coming Soon - The Next Chapter Videos

Defensive back Maurice Tyler never won any Pro Bowl or All-Pro awards during his seven-years in the League.

That was in his first career from 1972-78 which started when the Bills drafted him with a late round pick. He later played for the Broncos, Chargers, Lions, Jets and Giants.
However, Tyler subsequently devoted his time to helping others when his NFL playing days ended. He first moved into coaching in 1988 as the Defensive Coordinator for the Clark Atlanta University Panthers. Tyler found great joy in coaching and began to gravitate more towards youth football programs.

Tyler coached high school and middle school football across Georgia. He subsequently accepted a job at Elizabeth Andrews High School outside Atlanta in 2007 as the Health & Physical Education Instructor where he has been working hard ever since.

That hard work paid off last school year when the 68-year old Tyler was named Teacher of the Year in the DeKalb County School District.
The award was the highlight of a career of coaching and teaching youngsters who often are forced to take a “non-traditional approach” to a high school diploma due to family or behavior issues.

“Mo is a leader, a sounding board and empathetic counselor and motivator for the entire school,” says his friend and fellow NFL Alumni-Georgia chapter coordinator Jim Jones. “My wife has 24 years of teaching experience. When I told her where Mo teaches, and the scope of what he accomplishes with students, she said he should be giving a course to teachers on how to teach.”

Maurice (Mo) Tyler returned to his high school duties this month but this time he had “Teacher of the Year” on his resume. We at NFL Alumni applaud him for receiving that award and for a post-NFL career helping young people who may need an extra push to get started in life.

If you are interested in participating in “The Next Chapter” please use the form below.  We will contact you ASAP.