The hype about flu shots is true

Full protection during the Flu season

Flu is the nickname for the illness caused by the too often times deadly influenza virus. The Flu is often considered to be just another “cold” and is dismissed as inevitable.  And since one has recovered completely so many times from colds it seems just another nuisance. However, last year 80,000 Americans died because of the Flu, not to mention the severe illnesses they cause. And about 80% of these deaths are 60 years plus in age. The death toll is not accurate because Flu may not appear on the death certificate.

The best defense against the flu clearly is to get vaccinated, yearly. The flu vaccine is the least effective among the common vaccines because there are over 20 flu varieties of A and B subsets but the CDC selects 3 or 4 strains to protect against each year based on predictions of which strains will cause the most problems. Also, a significant number of those immunized, especially seniors, will not make sufficient antibodies to provide immunity.

The same type of vaccine has been given since 1945 but now there are three newer flu vaccines to choose from with special attributes. The standard vaccine dose provides immunity against 3 strains of the virus. The newer high-dose type has the same 3 protections except for the dose of antigen (stimulus to immunity) is 4 times stronger. The high-dose vaccine is formulated to maximally stimulate the immune system which is especially beneficial in those with weak immune systems ─ mostly older folks. However, in a large study, the high-dose vaccine was 24% more effective in preventing the flu in recipients over 65 years. A comparison of the effectiveness of the standard 3 strain to the 4 strain does not show a difference. Consider high-dose ─ I Do.

The timing of the vaccination is important because the effectiveness begins to diminish after six months. Since the peak season for infections usually starts in December  ─ becoming worst usually during the Christmas-New-Year’s holidays and maximum immunity takes a month to 6 weeks to achieve  ─ about the middle of October is the best time to be vaccinated. The other vaccine has adjuvant to provoke protection but not much data so far.

In general, the guess as to which 3 or 4 strains covered by this year’s vaccine will work is on target.  However, with international travel at an all-time high, this could change. People die because the body weakens while fighting flu and in a weakened state it cannot control other deadly organisms. Bacteria are ready to move in and they often do. Pneumococci (pneumo-lung, cocci- small spherical bacteria) are the most common gatecrashers; they are ubiquitous but controlled in older people. These opportunistic Bacteria hop in to finish many people off. We must protect against them as well! Get complete coverage for your protection this year. By that I mean get both flu and pneumococcal vaccinations to keep well during the Flu season. 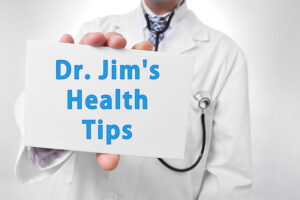